Auschwitz and Holocaust Remembrance will always be intertwined. I visited Auschwitz in October 2013. But I really began seeing Auschwitz in 2002, through the eyes and memories of a Polish political prisoner.

enryk) Zguda arrived there in June 1942 at age twenty-five, after two months of brutal interrogations in Montelupich prison in Kraków. On arrival he became prisoner #39551.Three months later he and a fellow prisoner were sent on an errand to deliver bread to a separate camp, when they came upon the unloading of a trainload of incoming Jews. Near-starving themselves, with nowhere to go, Henry and his friend could only stand back and do one thing: Witness.

The tentacles of Nazi Germany reached beyond the Holocaust

Henry Zguda was one of millions of Poles arrested because…he was Polish. Even before Hitler invaded Poland on September 1, 1939, he issued this direction in an August 1939 speech: “I have placed my death-head formation in readiness – for the present only in the East – with orders to them to send to death mercilessly and without compassion, men, women, and children of Polish derivation and language.”

Those not killed outright were often imprisoned, starved, or sent to Germany as slave labor. Henry Zguda barely survived three years of Nazi imprisonment: Auschwitz (1942-1943) and Buchenwald (1943-1945.) Because the Germans later designated Auschwitz as a major killing center, more than 1.1 million people lost their lives there, the majority Jewish. The memory and symbolism of Auschwitz, and the fact that the place still exists unlike so many other destroyed locations, make it the most recognized place of the Holocaust.

The Enemy of Ignorance is Education

In 2005 the United Nations declared January 27 as  International Holocaust Remembrance Day. It commemorates the genocide that resulted in the deaths of 6 million Jews and 11 million others, by the Nazi regime and its collaborators.

The essence of Holocaust Remembrance, and Holocaust education is honoring and bearing witness of a hideous chapter in human history to future generations. How can anyone learn from history they don’t know about, or seems irrelevant? They can’t, but we have to keep teaching, trying, and keeping stories alive. Ignorance as defined is a lack of knowledge and not a bias. Education is the perfect avenue to address ignorance and affect future outcomes.

Then they came for me—and there was no one left to speak for me. 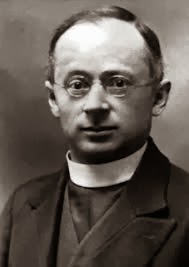 Pastor Martin Niemöller (1892–1984) was a prominent Lutheran pastor in Germany. He emerged as an outspoken public foe of Adolf Hitler and spent the last seven years of Nazi rule in concentration camps. His oft-quoted words should be remembered in bold letters: