Shana Tova and Yom Kippur Greetings to My Jewish Friends 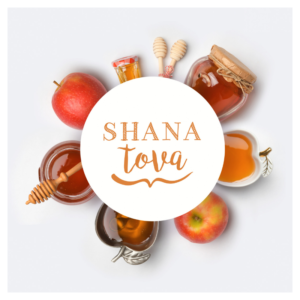 Shana Tova for the coming Rosh Hashanah and Yom Kippur greetings to my Jewish friends. I do not celebrate these holidays personally, but I do like the New Year tradition of Rosh Hashanah to reflect on the past year, pause, and look ahead to the coming year. Don’t we all need to periodically pause, breathe, push the reset button, and move forward with purpose?

Historically, during World War II the Germans Often Strategically planned Actions on Jewish holidays, including during the 1939 Invasion of Poland

Germany invaded Poland on September 1, 1939. German forces reached Warsaw on September 7, 1939. From the very beginning of World War II, Warsaw stood as a primary target and special prize for Hitler. Warsaw was both Poland’s capital and home to the largest Jewish community in both Poland and Europe, and was the second largest in the world, second only to New York City. From the beginning, the German Luftwaffe flew relentless bombing runs over the city, and on September 7 German ground forces reached the city. Land fighting began on September 8, with the Polish Home Army putting up a strong defense. The battles lasted until September 28 when Polish forces had no choice to capitulate. In addition to the German attacks and planned conquest of Warsaw, Russia invaded Poland on September 17. By then, forty percent of the city’s buildings were heavily damaged and ten percent were completely destroyed. It is estimated that at least 20,000 Polish civilians lost their lives.

In addition to plans to subjugate Poles to slave labor and destroy their culture, Germans also strategically chose the evening of Rosh Hashanah on September 16, 1939 to set the Jewish quarter on fire, burning and destroying more than twenty full city blocks, effectively the entire quarter. (USHMM.) It would not be the last time the Germans strategically chose Jewish holidays to launch offensive action, in the course of murdering six million European Jews.

I think of this history as Rosh Hashanah begins in two days on the evening of September 9. Yet today, even in the shadow of a controversial law passed in Poland last winter, there is a resurgence of Jewish life in Poland. The 2018 Jewish Culture Festival held in Kraków this summer drew an estimated 33,000 people from around the world. In Warsaw, the award-winning POLIN Museum of the History of Polish Jews honors 1,000 years of Jewish life in Poland. It consistently ranks as one of the don’t-miss attractions in Warsaw.

Shana Tova and Yom Kippur Greetings to My Jewish Friends

I offer this video by the Maccabeats for Rosh Hashanah that has already been seen by 2.5 million people. The core message applies to all of us. Shana Tova.

(Note – I have also seen Shana Tova written as Shanah Tovah. I ask forgiveness if I chose the wrong spelling for this article. The message remains heartfelt best wishes for the New Year.)