Remember the Warsaw Uprising of 1944 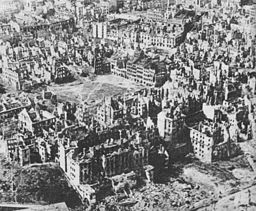 I have found that World War II history is usually viewed and memorialized primarily through the eyes and context of your own country or culture’s experience.

No Allied troops, especially the US and Britain, fought and died in the Warsaw Uprising.  Americans remember and study Pearl Harbor, D-Day, the Bataan Death March, the Battle for Iwo Jima, and so many other battles.

The British remember and study the Miracle of Dunkirk in 1940, the German U-boats in the North Sea, the Battle of Britain, the bombing of London, and the Battle for the Maginot Line.

Ask a Russian and I suspect they will remember the Battle for Stalingrad, and the Battles for Kursk and Moscow the most.

Why would the US, Britain or Russia focus on the Warsaw Uprising, mass murder in the Katyn Forest, or deportation of nearly a million civilian Poles to Russia’s Siberia where half died?  If you know of an American World War II movie or drama told from the viewpoint of Poland, please let me know. The only one I know of is The Zookeeper’s Wife.

The Warsaw Uprising is not considered part of Holocaust education or of the Jewish experience.

I will definitely stand for Holocaust education in an era of more and more Holocaust deniers. The evidence is irrefutable and there are thousands of first-hand witness accounts. Every Jew was a target and victim. My book stands as an additional first-person witness.

There are strong movements to make Holocaust education mandatory in schools. But…..the Holocaust is strictly defined and taught as the targeted actions against, and murder of six million European Jews. And… the history of the Holocaust has been taught for three generations. As a statement of historical fact, Holocaust education teaches a subset of World War II, and only half of Poland’s brutal wartime experience, especially Poles brutalized under Stalin. As I quoted in the front of my book: The past actually happened, but history is only what someone wrote down.

Try to view ordinary Poles separately from the recent Holocaust Law Passed in Poland in January 2018. Hear the voices of “What About Us?”

A law passed in January by the Polish government regarding Holocaust memory is its own separate and controversial discussion. But it has highlighted a huge disparity in how two different cultures interpret the same historical facts and assess blame. The political fallout and damage of a Polish law limiting speech versus a massive education and public relations campaign may last a long time. Please remember this: there were only German concentration camps or death camps, even if located geographically in modern-day Poland. 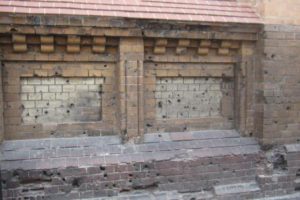 At every talk I have given, and I do mean every, at least one person of Polish descent (or Hungarian or other nearby country) has walked up and thanked me for writing HENRY. Why? Because they had family members who were sent to Siberia, or imprisoned in Sachsenhausen, or executed by a German firing squad. There is what I call a legitimate “What About Us?” argument that their side of the war is not widely recognized, or is roundly dismissed by others who claim to have suffered worse.

On the other spectrum, after one talk a woman told me I didn’t understand that “honoring the smaller number of Polish victims of Auschwitz besmirches the memory of one million Jewish victims.” I have received a few similar comments on Facebook. Really? How? Is there no room for mutual recognition or sympathy? 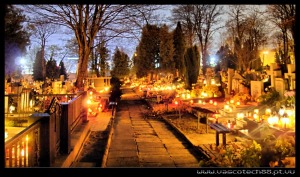 Here’s the thing. War is a bipolar example of good and evil, and every shade of gray in between. Today, even the current political climate in the US has become characterized by discord and extreme opposites. Don’t judge me based on my government. Condemn and punish the perpetrators regardless of nationality, faith or culture. Remember the bravery of heroes and victims regardless of nationality, faith or culture.

The large number of Poles who died in the Warsaw Uprising, are but a subset of the six million Poles who lost their lives in World War II, half Jewish, and half not. When you honor the first, you honor the rest.

The views expressed in this column are solely those of the author.

Every year at 5:00 pm on August 1, citizens of Warsaw stand still and silent in solemn remembrance of the Warsaw Uprising.