A Growing Resurgence of Jewish Life in Poland 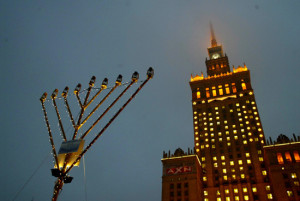 Today a Growing Number of Jews are returning to a post-Communist Poland and their Polish Roots
The Museum of the History of Polish Jews focuses on the rich and vibrant life of 1,000 years of Jewish heritage. Multiple active Facebook pages focus on Jewish ancestry and genealogy in Poland. A Jewish Community Center in Krakow is building “a Jewish future.” In April 2016 Hillel International, the world’s largest Jewish student organization, celebrated the opening of a branch in Warsaw. These are but a few of many instances that highlight the growing and vibrant resurgence of Jewish life in Poland. 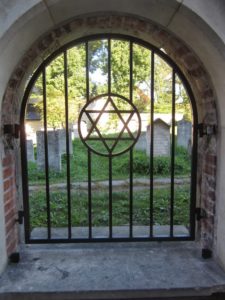 Today, seventy percent of the world’s Jews trace their roots back to Poland. In 1939, 3.1 million Jews lived in Poland, representing nearly ten percent of the population of Poland. In Warsaw, Jews comprised over thirty percent of the city’s population. Approximately three million Jews, or ninety percent of Poland’s Jews, were murdered under both Germany and Jozef Stalin. Most surviving Jews emigrated to Israel, the United States, and any other country that welcomed them. Marcia Fine, a friend and author whose prominent family lived in Warsaw, lost one hundred relatives to the Nazis. That painful reality and trauma still affects subsequent generations. One hundred murdered, innocent souls.

Yad Vashem in Israel Recognizes over 6,600 Poles as Righteous Among the Nations, the Highest Number of any other Country
Lost in the discussion of Polish blame, is Poland’s historical stance since 1264 of welcoming Jews when other countries evicted them. Today Yad Vashem of Israel recognizes over 6,600 Poles as Righteous Among the Nations, for their part in rescuing or saving Jews. The high number is especially significant in that the penalty for helping Jews was highest in Poland than any other occupied country – death to you and your entire family, during a time that all Poles were subjected to six years of a deadly and dual foreign occupation. For many reasons, the actual number is far higher.

Yet, the bipolar reality is that the same resentment and jealousy towards Jews so pervasive in much of Europe led to some of the worst actions against Jews pre- and post WWII. Many of those locations in eastern Poland were in areas that were within WWI Russian and Ukrainian borders, countries that were historically brutal towards Jews. But blame all Poles? It’s false and unjust to a population that lost millions of equally innocent souls to organized murder and other crimes by both Germans and Russians.