Scenes from the 2016 Polish Festival 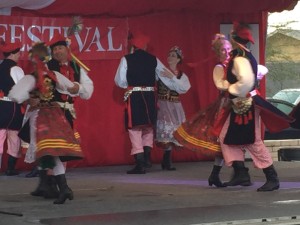 The 2016 Polish Festival in Phoenix Arizona proved a little rain never dampens the Polish spirit. After weeks of gorgeous weather, the skies opened up on the second day and poured over a half inch of rain – seemingly all at once. Rain or shine, the annual festival celebrates Polish culture and shares the fun with the surrounding community. 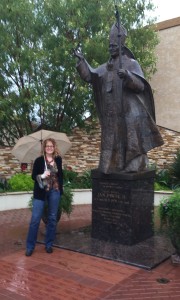 In between downpours my friend Nancy and I visited the festival, saw friends, ate good Polish food, watched dancers, and toured some great exhibits on Polish culture. Grateful I’d brought both an umbrella and a sweater, I kept thinking about the dance troupe who traveled from British Columbia to perform under sunny Phoenix skies. Couldn’t the rain have waited one more day? 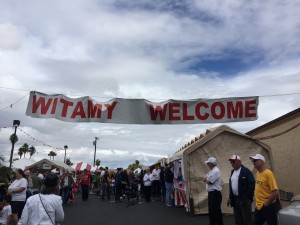 The Winged Hussars of Poland Represented the Elite Cavalry 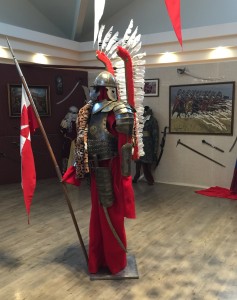 The statue of the winged Hussar in armor harks back to the men of the elite Polish cavalry from the 1570’s to 1776. Riders wore wooden frames of feathers which served two purposes – they posed a fierce presence when they charged their enemy and made their approach noisier. Heavily armed, the Hussars regularly defeated forces four times in number. 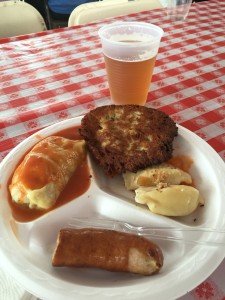 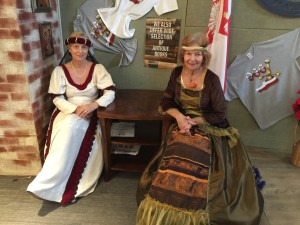 I did say downpour, didn’t I?