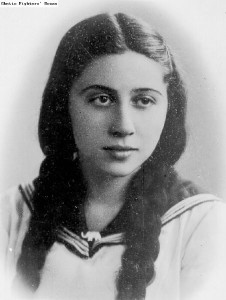 Niuta Teitelbaum, aka Little Wanda With the Braids, was one of the earliest volunteers for the Polish underground soon after Warsaw fell to the Germans in October 1939. The petite twenty-two year old devout Jew wore her blond hair in pigtails, which made her look like a sixteen-year-old girl, effectively diguising her real role – assassin. She parlayed her innocent looks to gain entrance to Gestapo headquarters, and silently shot an SS officer as he sat at his desk. The episode is but one of her daring moves.

My place is in the struggle against the Nazis

Niuta is quoted as saying “I am a Jew.  My place is in the struggle against the Nazis for the honor of my people and for a free Poland!” In the early days of the underground, Jews and Poles fought side by side, against their common enemy – the Germans. One day she strolled up to the g 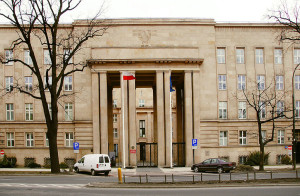 uards outside Nazi headquarters, dressed as a Polish farm girl, and with her most innocent look, some feigned embarrassment, that she needed to see a certain officer (a name she’d obtained earlier) about a “personal matter.” Assuming she was in a “family way”, the guards gave her a pass to the building, and told Niuta her “boyfriend’s” room number. With that, she found the designated office. She walked in, found an officer dressed in a black SS uniform, pulled out a concealed pistol with a silencer and shot him in the head. On her way out of headquarters, she just smiled at the guards who let her in.

In Her Most Famous Operation, She Killed Two Gestapo Agents

Another time, she is reputed to have killed two Gestapo agents and wounded a third. When the third agent was taken to the hospital, Niuta disguised herself as a doctor, snuck into the agent’s room, and shot the third agent, and his guard dead. She is also known to have participated fully in the Warsaw Ghetto Uprising.

The Germans Nicknamed her “Little Wanda with the Braids”

Niuta avoided capture for nearly three years, but in July 1943, two months after the Warsaw Ghetto Uprising ended, the Gestapo burst into her room before she could swallow a poison pill. After weeks of torture, she was executed at the age of twenty-five years old. To the Germans, she was Little Wanda with the Braids; to the Polish underground she became known as the Heroine of Warsaw. It’s said she was also part of a young communist organization as well; but it is her Jewish roots and loyalty to Poland that remain the two key points.

Note – there is not a lot of information on Niuta, but I found mention of her in a book by William B. Breuer, Deceptions of World War II. There are a few references to her in other writings.  I have become fond of lesser known stories of people who fought back or acted with great courage.

The photo is attributed to the Ghetto Fighters House – which is a museum in Israel. I am unable to locate the photo on their web site, so my apologies if I missed an attribute..However it is normal practice that a museum not put everything on the internet.