Holocaust Remembrance Day For All Victims?

Can we have a Holocaust Remembrance Day for all victims? The United Nations chose January 27 as the date for International Holocaust Remembrance Day, in honor of the day the Soviet Army reached Auschwitz-Birkenau in 1945, even though the war would not end for months. I mourn deeply, for I have walked the grounds of Auschwitz-Birkenau on a cold, fall evening, and felt the presence of ghosts from many nations, of different beliefs, and of different ethnicities.  It’s a statement of fact, that the number of victims identified in the “Holocaust” remains a subset of the full Nazi Genocide. I  hope that we can light a candle of respect to all victims. Remembrance. Respect. Honor. 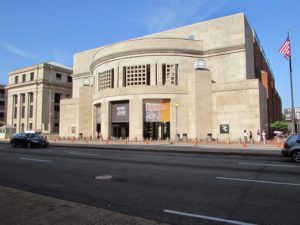 Per the United States Holocaust Memorial Museum (USHMM): “The Holocaust was the systematic, bureaucratic, state-sponsored persecution and murder of six million Jews by the Nazi regime and its collaborators.”

Per Yad Vashem in Israel: “The Holocaust is defined as the sum total of all anti-Jewish actions carried out by the Nazi regime between 1933 and 1945.”

Nazi Genocide: How Many Victims?

The number “six million Jews” is a subset of the full Nazi genocide. Three million Christian Poles aren’t included. Three million more gentiles of other countries aren’t included. Thousands of Soviet POWs. While all numbers are estimates, they are calculated based on known data. New discoveries in archive documents continue to push the estimates of total victims even higher, both Jewish and other.

Poland: Caught between Dual Genocides of Nazis and Stalin

WWII history as taught in the United States focuses almost exclusively on Adolf Hitler and Germany as “The” enemy in Europe.  For Poland, Hitler was but one of two lethal enemies who conquered and divided her lands. Stalin deported over one million Poles to work camps in Siberia, after evicting them, and destroying their homes. The Russians executed Polish army officers one by one by thousands. Poland’s full pain is only recognized once both tragedies are added together. Why don’t we hear about the millions murdered by Stalin’s genocide? The United States was allied with Jozef Stalin.

What do I say to a survivor, or a descendant who says  “I lost twenty members of my family. They’re all gone.” How can I relate to a woman I met two days ago, who told me that at age ten she watched her mother shot dead in front of her by the Gestapo? Her Catholic parents were hiding ten Jews in their basement. But her grandmother taught her, as she cried for her mother, that if Jesus and the Virgin Mary were Jewish, aren’t the Jews one of us too?

I say I’ll remember, respect and honor their memory. It’s what we need to do for all victims.

Photos – Image of candle from Wikipedia; Photo of USHMM in Washington D.C. taken by author in August 2014.