There's no Denying the Holocaust when there's so Many Records

I am still sorting through the over 100 documents the International Tracing Service provided to me that are related to Henry. Almost all are from Buchenwald, again a surprise as when the Americans bombed Buchenwald on August 24,1944 they targeted the Administration Building that held camp records.

Last week I met with my German translator. Even she had trouble with some of the words and print because the paperwork used an older style of German. I’m still surprised at the extensive record-keeping. If Henry changed blocks, there was a record. Funds received and funds out – there was a record. A complete inventory of possessions at arrival, and a back side where the prisoner signed when they were returned. I can’t imagine that in the haste to evacuate Buchenwald, prisoners ever retrieved belongings from the camp, let alone signed for them. And yet, someone signed Henry’s name for receiving his belongings back. It is not Henry’s hand-writing.

Daily work statistics the stonemason commando were maintained.Infirmary records indicate when he visited the infirmary and what they diagnosed. There were multiple scribes; some 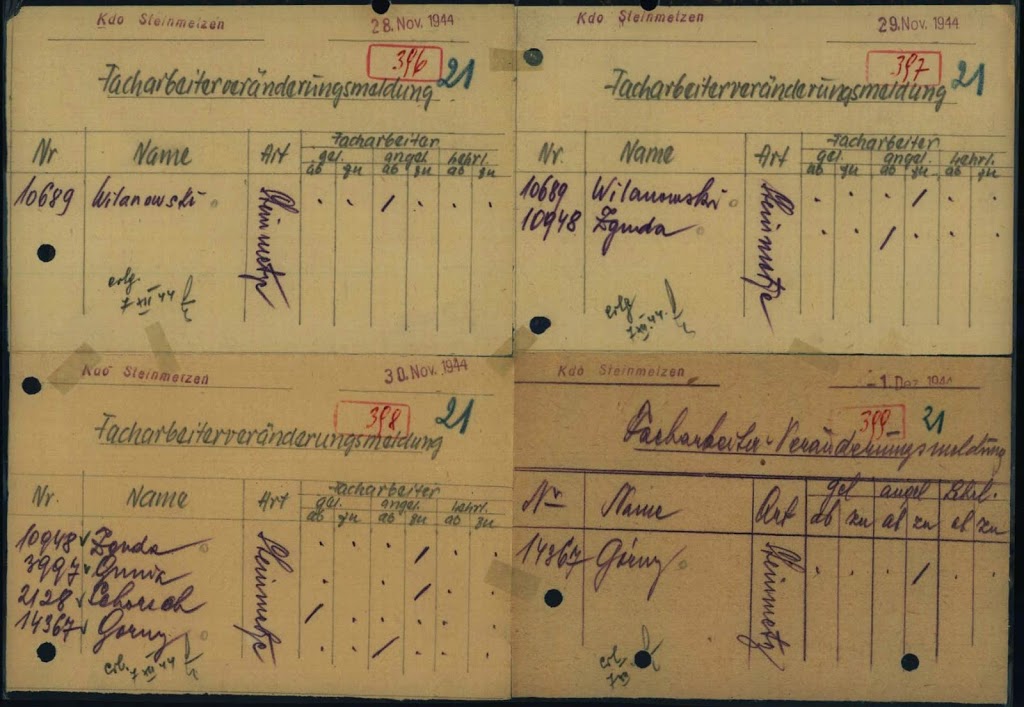 had better hand-writing than others. I like researching and playing detective. Through interviews and connecting the paperwork dots, I have a clearer picture of camp organization, thanks to the Germans’ devotion to detail.

Based on the huge volume of documentation from the time period that exists, there is no logical way someone could ever deny the ‘Holocaust’ happened. But then, when has logic ever been required for propaganda?