While Rotterdam, Netherlands has nothing to do with Poland – it is a place that Henry visited.  Have I mentioned that sometimes meeting Henry was a way for this untraveled author to travel vicariously through his stories? Henry told me about a dramatic statue without a heart that he visited. I looked it up recently. 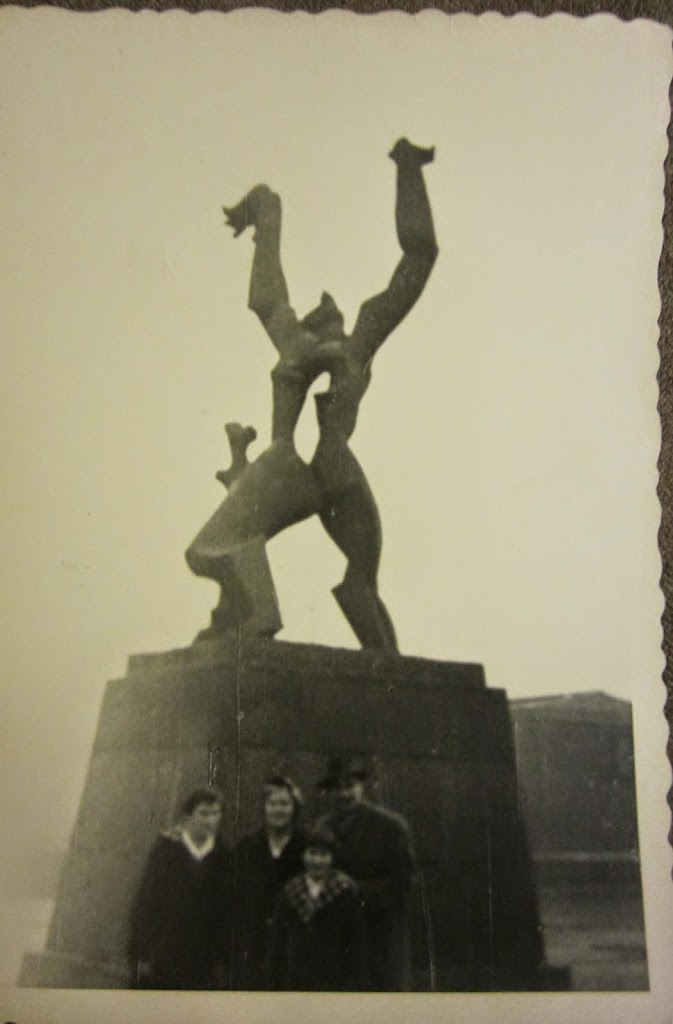 zi’s pretty much destroyed anything and everything they chose to, and the Netherlands was no different. On the morning of May 10, 1940 the Nazi’s attacked the Netherlands, with plans to use the country as an air and naval base from which to launch attacks on Britain. The Dutch resistance considerably slowed down the invasion.  But they didn’t stand a chance when Hitler took swift action and bombed Rotterdam. In one day the bombs destroyed 25,000 homes, 2,500 stores, 775 warehouses, 65 schools and 25 churches. The bombs killed over 900 people and leveled 2.6 square kilometers, including all of the historic heart of Amsterdam.

A Russian-born artist travelled from Paris to Rotterdam after the war, and he saw the destruction or ‘destroyed heart’ of Rotterdam.  He created a bronze sculpture “The Destroyed City” (De Verwoeste Stad for those who speak Dutch.) The nearly 22 foot high (6.5 meters by European measurement) was unveiled at May 15, 1953.  The sculpture represents a man without a heart.

Photo is from Henry’s personal photos – no idea who is in the photo. Color photos on the Internet make it look more impressive than this small black and white one. When he visited it in the late 1950’s it was still a new monument – today it is not a top attraction because Rotterdam seems to promote itself as a new, happening city. However the few reviews of the monument on Tripadvisor.com call it moving to see in person.