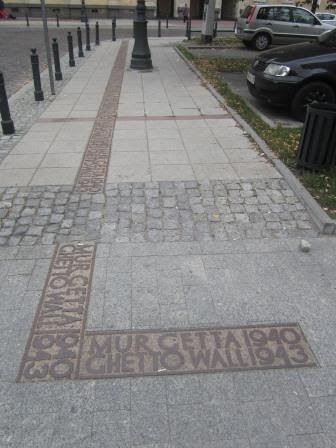 My favorite Polish heroine is Irena Sendler (1910 – 2008.) Sendler. Assisted by two dozen other Zegota members, she smuggled some 2,500 Jewish children out of the Warsaw ghetto.  Sendler was a Polish Catholic whose father was a doctor, held a position as an administrator with the Warsaw Department of Social Work. From 1939 – 1942 she secretly worked making false documents for many people in the Warsaw area before joining the Zegota underground.  She provided these children with false identity documents and placed them in convents, orphanages and with Catholic families.

She met with Jewish parents and grandparents and frankly told them everyone was going to die in the Ghetto or in concentration camps. She convinced families to let her smuggle their children past Nazi guards and out of the ghetto. She kept track of every child and where they were placed. Each note was written, placed in a jar and buried in the garden or otherwise hidden in case she was captured. Her goal was always to reunite families after the war, and always humbly said the true heroes were those Jewish parents who gave up their children, entrusting them to her.

The personal risk to Irena Sendler, her helpers, and every single Polish family who took in a Jewish child was huge and extremely dangerous. Poland was the only country where the penalty for helping Jews was death for you and your entire family. It would not be unheard of for Germans to slaughter an entire village in such circumstances. And still, hundreds of Poles took these Jewish children in. The Germans discovered Sendler’s activities, arrested her and sent her to the infamous Nazi Pawiak prison where she was tortured severely. Despite the torture she never gave up a single name. The underground paid a German guard who let her escape; she spent the rest of the war in hiding. 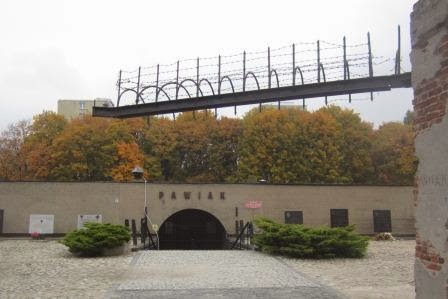 Like Captain Witold Pilecki, the communists considered her a subversive, although she committed no crime. Little was heard of her outside of Poland until the fall of communism.

In 1999, a high school history teacher in rural Kansas encouraged three students to work on a year-long National History Day project that would reach others, contribute to history learning, teach respect and tolerance and meet their classroom motto ‘He who changes one person, changes the world entire.’  As a suggestion he handed them a once-sentence clipping from a March 1994 issue of News and World Report, which said, “Irena Sendler saved many children and adults from the Warsaw Ghetto in 1942.” The three students wrote a play entitled “Life in a Jar” about Irena Sendler. The play continues to be performed around the country.

In 2007 the Polish government nominated her as a candidate for the Nobel Peace Prize. The nomination was supported by the State of Israel, the Organization of Holocaust Survivors in Israel, and the authorities of the town of Oświęcim (Auschwitz in German). Incredibly, as she was unknown on the world stage and practically boycotted by media, she lost to Al Gore.

In 1965, Sendler was recognized by Yad Vashem as one of the Polish Righteous among Nations. In May 2009, Sendler was posthumously granted the Audrey Hepburn Humanitarian Award.

In 2009, a made-for-TV movie by Hallmark Hall of Fame, “The Courageous Heart of Irena Sendler” starred Anna Paquin as Irena Sendler and Marcia Gay Harding as her mother. If you’re a fan of Downton Abbey, watch for Michelle Dockery who plays the oldest sister ‘Mary.’ She stars as Irena’s friend and a Jewish mother faced with giving up her child, a year before Downton Abby launched her on the world stage.
I knew of Irena Sendler, but watching this movie made it real. I would encourage anyone to watch this powerful film. I was able to check it out from my local library; it may also be on youtube.
Sources: irenasendler.org, Wikipedia, imdb.com.

Photos taken in Warsaw, October 2013.  The first shows a sidewalk where the outline of a wall of the Warsaw ghetto is memorialized. The second is of the front of Pawiak prison.
“He who changes one person, changes the world entire.” Classroom motto, rural Kansas high school history class, 1999.