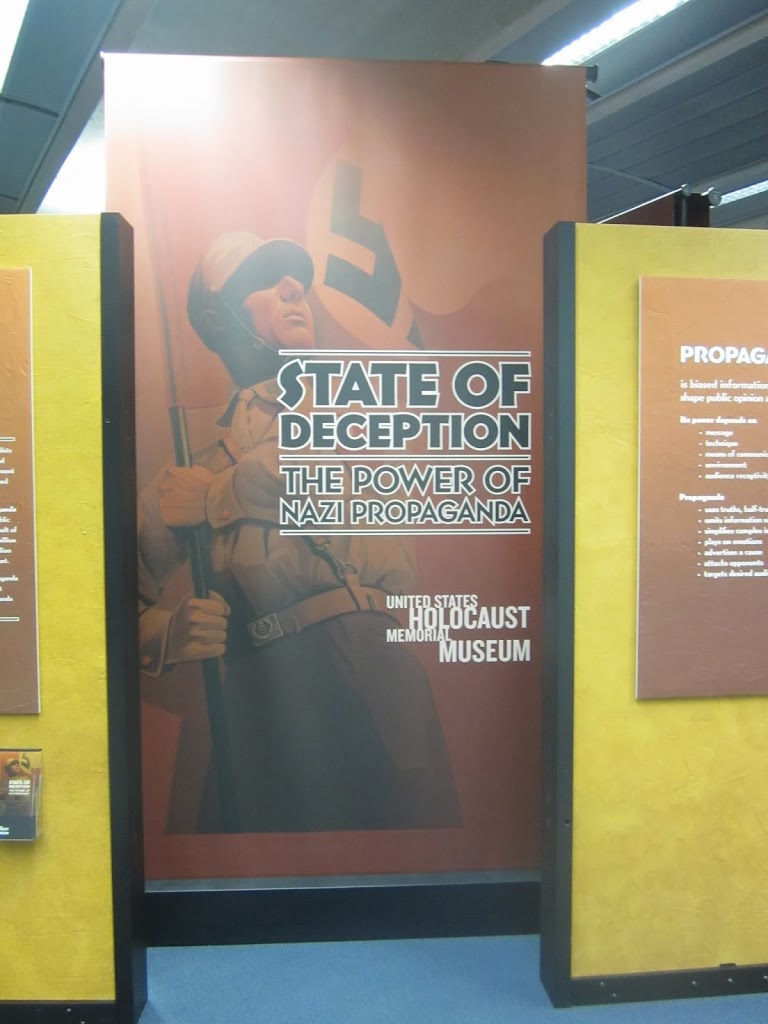 Tonight I went to the opening of the ‘State of Deception, Nazi Propaganda’ exhibit at the Phoenix Library, Burton Barr branch in downtown Phoenix. Though I’m interested in the time period there are lessons there that are applicable today, even knowing nothing about Nazi propaganda.  Are we critical consumers of information – in this overload of information can we discern the real messages or who is sending them?  Have we taught our children to listen to information with a discerning filter?
I’ve been a fan of libraries for many years, and have been a Friend of the Phoenix Public Library for almost as long as the local branch near my home has been open.  It was a delight to run into Kathy, a librarian who promoted from my local branch – only to find she helped organize the exhibit. Apparently it’s taken five years of planning to bring the exhibit and attendant programs to the Phoenix Public Library. The tour opened in Chicago – Phoenix is stop No. 2.
I have to applaud both the Phoenix Public Library and the United States Holocaust Memorial Museum.  The Nazi Propaganda Exhibit is well thought through, utilizing film, audio and visual displays, and takes up a large portion of the second floor.  The Phoenix library is the only library in the nation to host this tour – which means the exhibit is totally free to anyone. One of the subtle propaganda items I had never seen before – a children’s board game . . . ‘to chase the Jews out of Germany.’