Polish history is complicated and brutal. Borders change, names of conquerors change, but always Poland has had to defend herself. For centuries, outside powers have always wanted the benefits of her lands and people, whilst these conquerors slaughter Poles. The countries of Prussia/ Germany to the west, the Austrian Empire to the south and Russia to the east became threatened by Poland’s independent spirit when it enacted a constitution in 1791 patterned after the young United States. These three powers conspired together, and each took a part of Poland for their own. Poland disappeared from the map of Europe until the end of World War I in 1918.

Poland has few natural boundaries that define or help defend her eastern and western borders. Power struggles between Germany and the Russian empire go back centuries. This history is extremely important to understand the deep-seated aversion (putting it mildly) Poles had for both Germany and Russia (as well as Germany and Russia towards Poland) long before the German invasion of Poland on September 1, 1939. Russia subsequently invaded Poland sixteen days later, and Stalin and Hitler each took a part of Poland. Again, the country existed only in the hearts and minds of Poles. Post-war Poland fell to Russian communist rule until 1989. 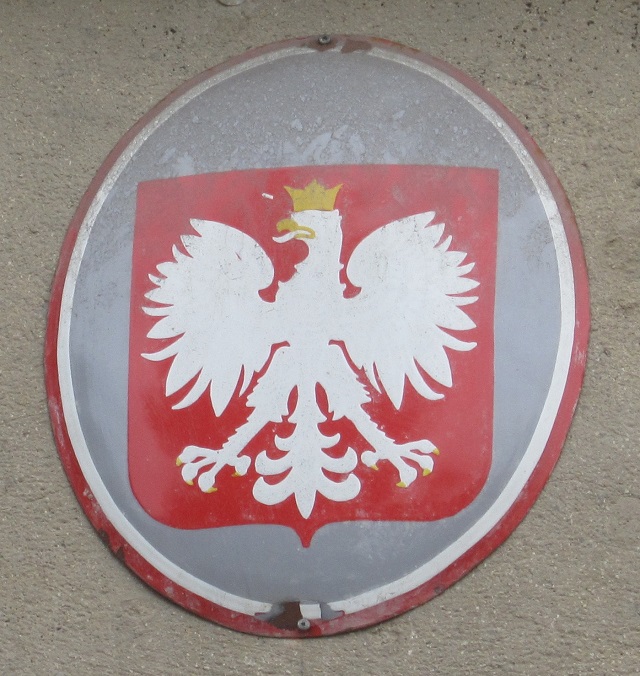 During World War II, all of Poland was a victim. Two genocidal leaders and countries attacked Poland. It remained an occupied country for six years, subject to the rule and laws of Nazism and communism. All of her key allies: the U.S., Britain, and France betrayed Poland.

Franklin Roosevelt ignored reports of concentration camps as early as 1943.

No country fought longer, or suffered greater losses than Poland. The statistics are stark.

“That Poland survived so many fatal reverses was a testimony to its volatile spirit of freedom.”—James A Michener, in the prologue to his 1983 novel Poland.

Photo of the crowned eagle taken in Kraków outside a government building.