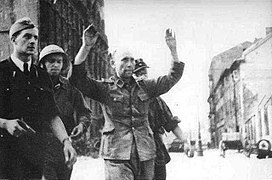 Who remembers the Warsaw Uprising?  No, I am not referring to the much better known Warsaw Ghetto Uprising that began in April 1943. The Warsaw Uprising began on August 1, 1944 as a heroic but ill-fated last stand against the occupying Nazis by Poles still living in Warsaw. The Polish Home Army (Armia Krajowa; AK) predicted that Soviet forces gathered across the east bank of the Vistula River would move in and assist the Poles in defeating Germany and liberating Warsaw. The Soviets did nothing but watch and gave no assistance to the Poles. By the time the valiant battle ended, an estimated 180,000 Poles (estimates range from 166,000-200,000,) primarily civilians, died in the effort. The death count includes an estimated 17,000 Polish Jews still in hiding or fighting with the Home Army. The Nazis subsequently bombed most of what remained in Warsaw. Any survivors were sent to concentration camps. END_OF_DOCUMENT_TOKEN_TO_BE_REPLACED

END_OF_DOCUMENT_TOKEN_TO_BE_REPLACED 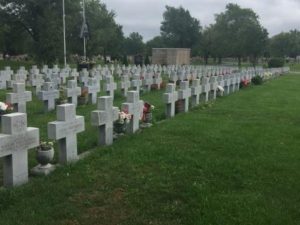 Honoring Polish veterans of World War II takes on both the role of memorializing the sacrifices of these men and women, and educating others about what the Polish military endured and sacrificed. Today, I consider myself pretty self-educated on the Polish experience during WWII and include a lot of that history in my book. But, I can always learn more and will never know everything. If I lived near a strong Polonia community as in Buffalo, New York, where I recently visited and was so warmly welcomed, I am sure I would have grown up knowing far more.  END_OF_DOCUMENT_TOKEN_TO_BE_REPLACED