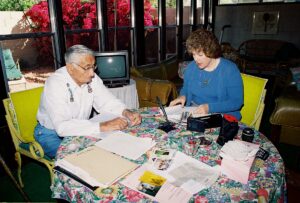 Few survivors of the September 1, 1939 German invasion of Poland remain. I believe untold stories of World War II remain, but only for a short time longer.

We are on the brink of losing all remaining untold first-person accounts. Any remaining survivors were likely quite young in 1939. Henry Zguda had just celebrated his twenty-second birthday in July 1939. If he was alive today, he would be 102 years old. His story survives because the universe knocked on my door and I said yes based solely on sheer instinct. It remains one of the best decisions of my life. What can you do if you know of someone with a story?

To appreciate just how devastating World War II was for Poland, consider September 1, 1939. Germany unleashed a new form of strategic “shock and awe” warfare in the invasion of Poland. From three directions, 1.8 million German troops, supported by 2,600 tanks marched and rolled into Poland. More than 2,000 aircraft of The German Luftwaffe, or Air Force, ruthlessly dropped bombs on cities, towns, and bridges showing no distinction for schools, hospitals or churches. Now, try to imagine being there – we need those first-hand accounts to help keep history alive and relevant.

There is an ongoing interest in World War II history 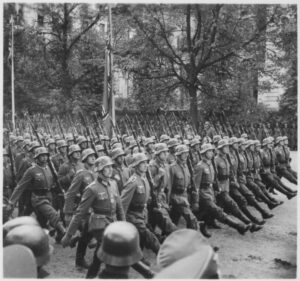 ncouraged that even as we live in a time when history is taught less and less, I see an ongoing fascination with World War II. Historical fiction based in World War II regularly appears on best-seller lists and memoirs written by or with second-generation survivors continue to be published. Holocaust museums and educators keep that history and serve as repositories for survivor testimonies. Some states are pushing for mandatory Holocaust education. However there is a key distinction to remember. Holocaust education serves an important role in remembering the three million Polish Jews who perished, a number that represents ninety percent of Poland’s prewar Jewish population. But it is not positioned to reflect the Polish point of view and huge scale of loss of all Polish lives and property. I don’t know of a centralized equivalent for Polish survivor stories, but I also do not speak Polish. English translations of Polish-language accounts would certainly reach a far wider audience outside of Poland. Please let me know if you know of such a resource.

Know a survivor? Get their story now. Time is precious.

Here is my advice. If you know a survivor, any survivor, don’t stress if you are not a writer or don’t have time to write. Buy a digital voice recorder, set up a video camera, or buy a small tripod for your cell phone or tablet and use the video feature. Begin talking and gathering information. Things can be written and documented later, but the voice and video will be invaluable and irreplaceable. Don’t forget still photos. Begin immediately as time is precious and limited. Enjoy your time together as a special friendship or kinship with your relative(s). Find the light moments among the dark. 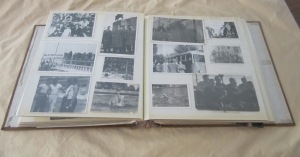 Ask about any photos, documents and artifacts and get explanations of each. Take photos of these objects for backup. There are websites and software that will transcribe audio recordings for a small fee, saving hours of transcription time. And equally critical, back up these recordings and photos to an online repository. This could be Dropbox, Google Drive, Microsoft OneDrive or others. Here is a link to a recent article rating ten different online/Cloud platforms. (Click here.)

History is only what someone wrote down

Let me know if you have any projects, know someone, or if I can help in any way. Check out my page of Resources for Further Research for ideas to hunt down details and information. (Click here.) As I mentioned in the front of my book: “The past actually happened, history is only what someone wrote down.”