Skiing in Safety in the Tatra Mountains 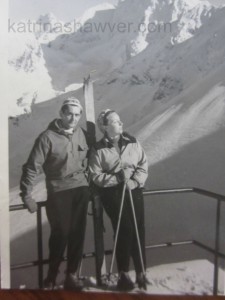 In honor of the record blizzard blanketing the East Coast, I thought of a Polish winter. In 1946, the high Tatra mountains offered Henry Zguda secluded safety from certain communist leaders looking to arrest him after the war.  A friend hired Henry as a caretaker of a mountain cabin in the mountains. Thus, Henry spent the winter of 1945-46 skiing in safety in the Tatra Mountains. 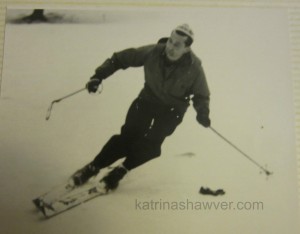 “After the war communists took over. If you were too nationalist. then the Russians killed anyone working against them.
I make a business on the side smuggling tires from Czech to Poland.  I was on my skis constantly going back and forth – to pull the tires on the rope on the snow.  I ski to my friend in Morskie Oko [deep mountain lake.] There was another tourist home there.  My friend, Adam Gurka, was at that time longer than me. Sometimes we share our vodka – you have to have vodka in the winter. That winter there were many people skiing past, trying to leave Poland for Slovakia.
In Poland in the winter it’s so cold when you spit it’s frozen before it hits the ground.”
Photos are from Henry’s personal photo album.