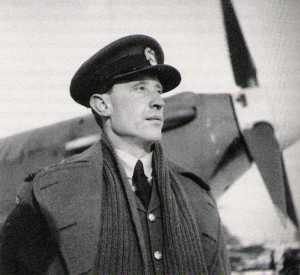 The Kosciuszko Squadron played a key role in the 1940 Battle of Britain, yet this group of 142 elite Polish pilots has received little credit in the history books of World War II. When a fellow member of my Toastmasters group gave a historical talk recently on the Battle of Britain, explaining the win as primarily based on the superiority of British equipment, I stayed silent. I asked him later if he knew of the significant role Polish pilots played in the battle. He considered himself fairly knowledgeable, yet looked at me completely surprised. Polish pilots flying in the British air force? 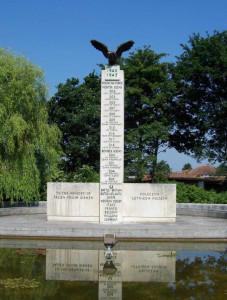 In all fairness to my friend, I didn’t know this nugget of history either, and if he relied on much of the written history, he’d be correct. I think it was 2006 before Poles were even permitted to join the British victory parade. After friends recommended the book “A Question of Honor” by Lynne Olson and Stanley Cloud, I became aware of a whole new angle of history. The tag line for the book reads “The Kosciuszko Squadron, Forgotten Heroes of World War II.”

Over seventy five percent, or over 8,000 members of the Polish air force, eventually made it to Britain. Elite pilots joined the Royal Air Force (RAF)

These military men, first escaped to France, certain that only 21 years after World War I, the French would welcome them in the fight against Hitler. Yet in June 1940, when France capitulated and signed an armistice with Germany, any Polish military were marked for death. About seventy five percent of the Polish air force, some 8,000 men, made it from France to Britain, eager to fight for the English, and fight for a free Poland. They were finally allowed to fly with British pilots when the Germans unleashed a constant aerial attack on Britain. Even then they had to fight for respect from the British RAF.

The bold Polish airmen were extremely successful in downing German airplanes Though the Polish pilots played a significant role, when Poland fell to Stalin after the war (Okay, after Britain and the United States gave Poland to Stalin), the Polish pilots weren’t even permitted to walk next to the British pilots in the 1946 victory parade, as Churchill deferred to Stalin’s wishes to ignore the Polish.

Why do we know so little of Polish History?

I ask myself why so much of Polish history is omitted from western textbooks, and that I knew so little about Poland when I met Henry Zguda. I believe the answer is simply that Americans are first taught American history, Brits are first taught British history, Mexicans are first taught Mexican history and so forth. In the case of Poland, for nearly three generations, the country was subjected from 1946-1989 to a communist regime determined to erase Polish history, forbidding it to be taught. At least for some like myself, the awareness and respect continues to grow, as more Poles and their descendants fight for recognition.