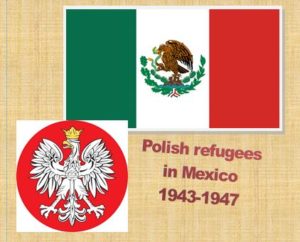 In 1940 Jozef Stalin deported two million Poles to Siberia gulags
Jozef Stalin deported two million Poles from Eastern Poland in 1940 and sent them to forced labor camps in Siberia. Only a third survived; none had homes to return to. Finally in late 1941, Polish refugees were released to make their own way home, mostly by foot. “Home” no longer existed, so not knowing where else to go, they headed south to warmth, walking hundreds of wretched miles. 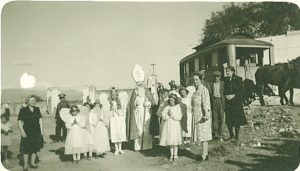 From Tehran, large ships transported refugees to Africa, India, Mexico and other locales
Many refugees made their way to Tehran, Iran (then known as Persia.) Refugee camps sprang up to accommodate the massive number of people in need of shelter, medical care, and a huge number of orphans. One account reports twenty temporary camps in Tehran housing thousands of orphaned children; sadly many were laid to rest there, not able to recover from harsh conditions in the Russian gulags. From there, Poles were loaded on large ships bound for Africa, India, Mexico and other locales.

Polish refugees arrived in Leon, capital of Guanajuato, Mexico in July 1943
On July 1, 1943, a weary group of Polish refugees arrived in Leon, the capital of Guanajuato, Mexico after a six-week ocean voyage. There an orphanage for 230 Polish children was made ready, as well as space for about 2,000 refugees.

Piotr Piwowarczyk, a journalist and film producer living in Mexico wrote an excellent article in 2012 in the Cosmopolitan Review. In 2013 he produced a 55 minute documentary on the topic. The film premiered in Poland, Mexico and the U.S.

Tadeusz Piotrowski, a professor of sociology at the University of New Hampshire has authored several books on Poland’s history during WWII.  His 2004 book The Polish Deportees of World War II: Recollections of Removal to the Soviet Union and Dispersal Throughout the World talks about Polish deportees. I have not read it, but his credentials seem sound. Here’s a link to a review/summary of the book from Rice University. Review

Note – Beginning this week, the frequency of blog posts is changing to once a week, every Monday. The extra time is needed for finishing the manuscript. Thank you for understanding and for your continued readership.