There’s a new must-read on my book shelf. Greg Archer’s Grace Revealed: a memoir came out in print on January 11, 2015. In it the entertainment author goes back to his Polish roots to examine an under-reported tragedy of the 20th century. Jozef Stalin ordered the mass deportation of over TWO MILLION Poles to Siberian Gulags.

No other country better personifies the example of “stuck between a rock and a hard place” than Poland. She has always been centered between Germany and Russia, and their predecessors. On any list of leaders responsible for the worst genocides in history, Jozef Stalin and Adolf Hitler rank in the top five, if not Number 1 and 2 after Chairman Mao. What other country has been simultaneously nearly surrounded by two?

I began my studies of Poland for one reason – I have a story to tell. Along the way, I have gained a great respect for what Poles have endured, continue to endure, and yet still  survive as a nation and as a people. I have a couple of theories as to Americans’ general ignorance of the devastation caused by Jozef Stalin. 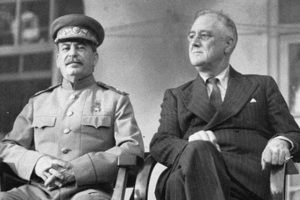 Americans fought against Adolf Hitler. He has always been Enemy #1. Few Americans would know, realize or understand that Jozef Stalin was responsible for millions more deaths than Adolf Hitler. There are dozens of English-speaking movies that mention Adolf Hitler, beginning from Charlie Chaplin’s 1940 The Great Dictator. Name one American movie that mentions Stalin.

Poland fell under communist rule from 1945 until 1989. In Poland, any mention of Polish culture, history or heroes was erased from text books. Anything negative towards Mother Russia or Jozef Stalin was discouraged, erased and punished. Documentation of some of the worst crimes committed by Russians in WWII, (look up the Katyn Forest massacre) remained sealed until after the fall of communism, deflecting the true blame.

Communist leaders, history and countries are rarely something taught in American schools. Yet I can think of no greater example of “The enemy of my enemy is my friend” than of the United States’ diplomatic relations under Roosevelt with Jozef Stalin. The allies needed to win and felt they needed Stalin’s help. Poland held no strategic value to Roosevelt; he easily agreed that after the war Poland would go to Stalin in return for Stalin’s help in defeating Hitler.

Update 2/16/2015: I finished Archer’s memoir, and recommend it to anyone interested in a good story, or an unknown piece of history that deserves attention. Archer writes from an authentic family connection and his journey to learn their brave and harrowing story.