My Second Column on Henry Zguda

July 30, 2014
Katrina Shawver
This was my second column I wrote on Henry Zguda. The newspaper got the right credit this time, and thank goodness I have an updated picture since then.

One thing Henry always claimed was that he went to high school with the Pope (John Paul II.) When I visited Poland in 2013, our tour guide took us to Wadowice, the town of the Pope’s childhood, and we met with the principal of his high school. We went through every list of teachers and classmates back to 1930 and could not find a correlation. Henry went to school in Krakow; the Pope an hour away in Wadowice. 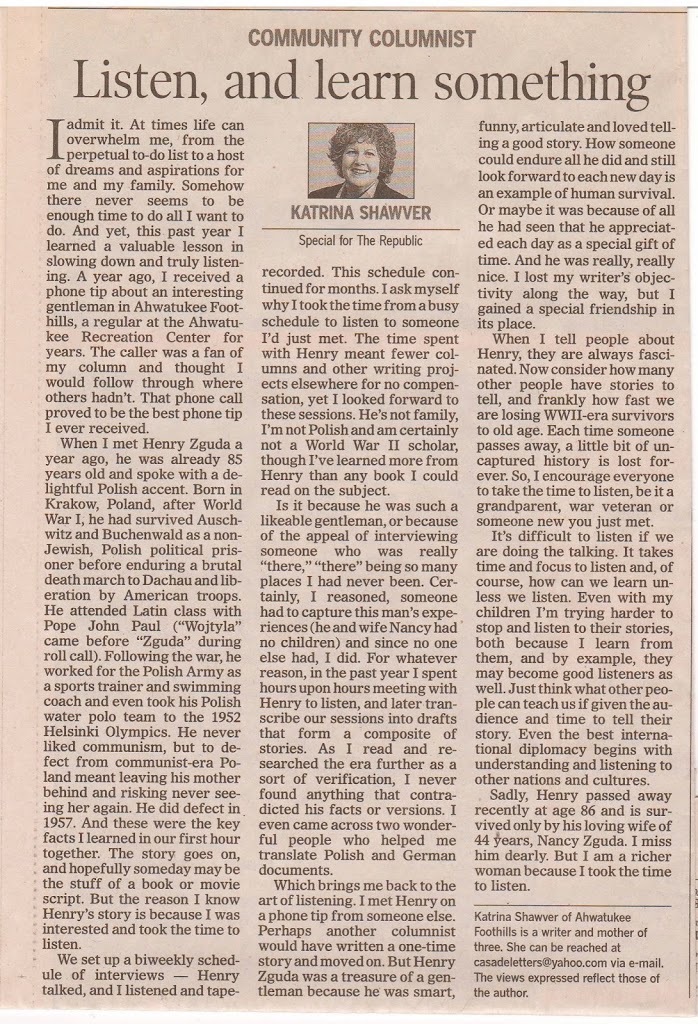 Henry had insisted he remembered because ‘Wotyla came right before Zguda in roll call.’ When the Pope moved to Krakow in 1939, it’s entirely possible their paths crossed as they were both young men (Henry was three years older) in the same town. But I couldn’t make the connection, and therefore can’t use it. But when I wrote this I hadn’t been with the story long enough to thoroughly research that point.