February 10, 2014
Katrina Shawver
On April 8, 1945 we were called to roll call. We heard the artillery near Weimar and knew there would be no work today. There were about 5000 of us left in the camp. I could have stayed in Buchenwald; Kowalski would have given me his police armband. But I had friends who were going someplace and get liberated by the American Army. So Edmund Polak and I left together. The first 1,000 men left. I was in the second group of 1,000 men to go. There were only two SS. Out the gates, down to Weimar, on the train and we left. We travelled through the night. I remember going through Zeitz (55 miles east of Weimar). I remember plants burning, smoke, airplanes over our train. The SS guards would just hide in with us.
Right there in Zeitz, we stopped on the station and see trains full of cadavers coming from the Czech border. So what do we do?
We get out of the train, and start walking. The dead march began. Where are we going? South to Weiden, a town near K.L. Flossenbürg.  We walked through the beautiful forest. But we have nothing to eat and 180 miles to Flossenbürg. Out of this group of 1000 people, maybe 400 survived as far as Flossenbürg. You walk with no food. You have no strength. When you fall to the end of the column the SS guards shoot you. We walked, and heard shots behind us. That way we walk very fast, so we don’t get shot. 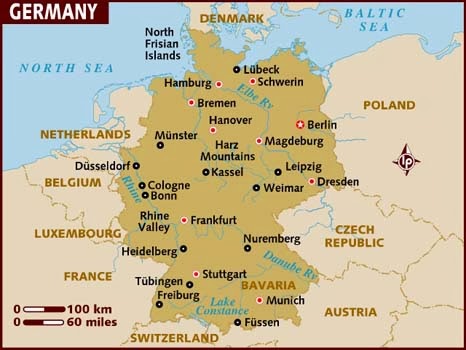 After seven days we finally reach Flossenbürg on April 15. Maybe there are 200 people less. They put us in a big airplane hangar. We made sure the windows weren’t sealed and it wasn’t a gas chamber. We slept on the concrete floor  right there. We had nothing to eat or drink.
You know, maybe 200,000 people died in KL (Koncentration Lager) Flossenbürg during the war. One of the better fun the Germans would do, just like in Mauthausen, the other ‘good’ camp (Henry is very sarcastic when he says good), they would carry rocks from the bottom of the quarry up to build the rooms and walls. They built the barracks for prisoners on top. There were maybe 180 steps of rock cut by prisoners.  They were very high steps, 180 of them, wide maybe 10 feet. But while carrying these rocks, when you have no strength, the SS would push you back, and like dominoes the prisoners (behind the first one pushed) would all fall down 180 steps. The more they push down and kill, the more the SS laughed. They didn’’t do that when we were there – but those were the stories of that camp.
Next morning, we get up, we get coffee, and every barrack has a white sheet for surrender. The Americans were all over. The Germans could hear the American tanks and shouting so they said ‘We have to surrender the camp nice, boys, be nice.’ The soldiers went and hid in the hills and left the Capos in charge.  We got cigarettes, food, so nice all day. For four days we were pseudo-free. What happens?  The evening comes, and here comes the army from the little hills. We were so happy because we thought it was the Americans. It was just the SS coming back; we were very disappointed. – Henry Zguda
Map downloaded from lonelyplanet (dot) com. For a visual idea of distances, Buchenwald is up the hill from Weimar. Flossenbürg is approximately 80 miles east of Nuremburg, near the Czech border. Look further south for Munich – Dachau is just outside of Munich.
To the Allies! To the army of General Patton!  S.O.S.!  We request help.  They want to evacuate us. The SS wants to destroy us. English translation of message sent (in German) to the U.S. Army on April 8, 1945 by two members of the underground resistance in Buchenwald. Two electricians had secretly built a radio transmitter.  On this day they transmitted the message twelve times, and then destroyed the transmitter.