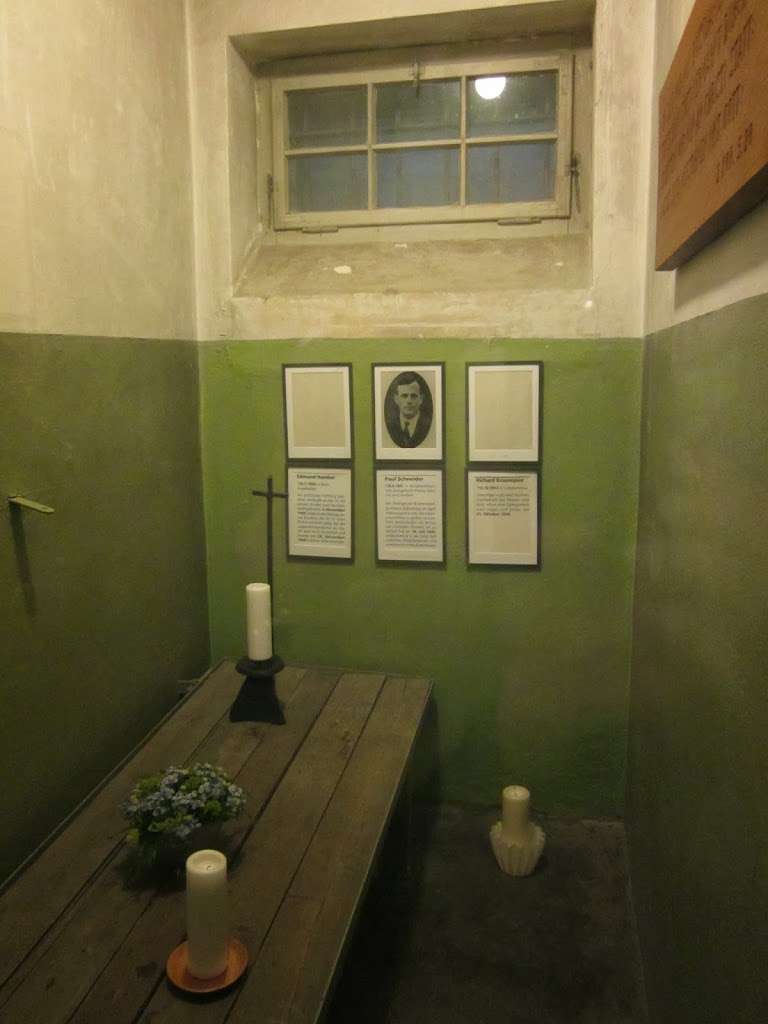 Pastor Paul Schneider, (1897 – 1939) an evangelical minister became the first Protestant minister to be martyred by the Nazis. He refused to salute Hitler on his birthday in 1938 and endured many brutal months of mistreatment in Buchenwald before dying following torture.
As you enter Buchenwald through the Jedem Das Seine gate, a heavy iron door on your left leads to the Buchenwald ‘jail’ or worst detention cells.  This long low building faced the main roll call ground, and consisted of a long hallway of solitary, narrow detention cells, each with a fold-down wooden ‘bunk.’   The outside windows were blocked off from view. Cells ran down both sides of a narrow hall; the only bathroom facility closest to the entrance and across from the jailer’s cell. Most cells just used chamber pots due to harsh punishments for anyone not fast enough to wash or take care of bodily functions. The Germans didn’t make it easy with only two toilets for a couple dozen cells. 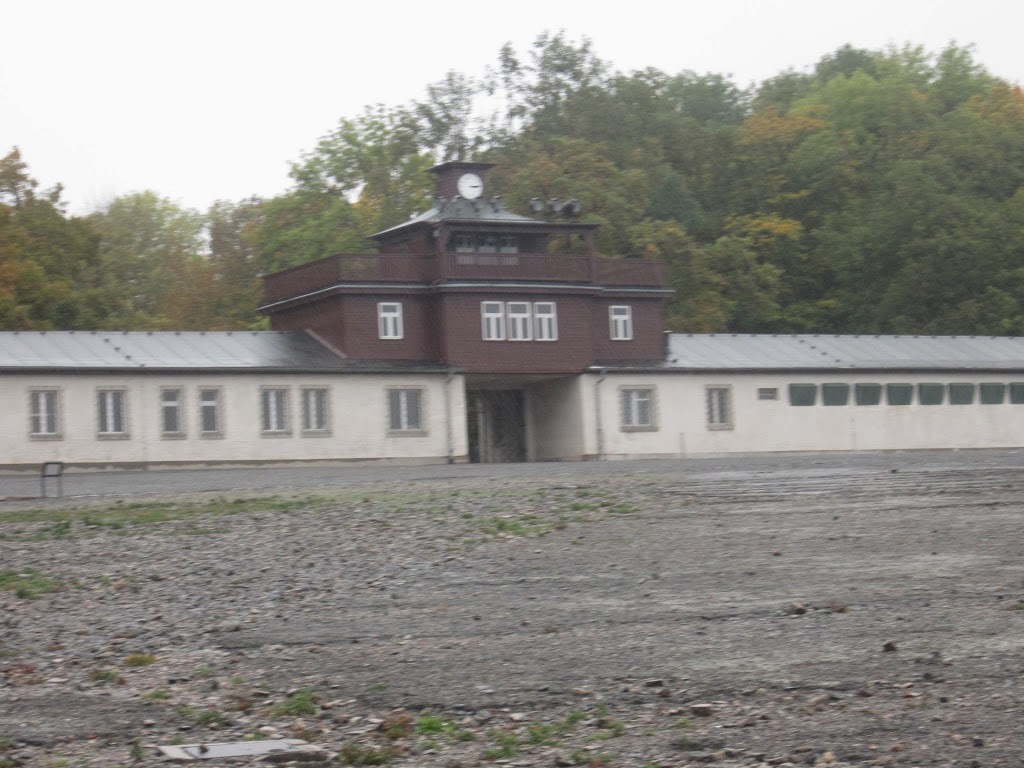 Schneider’s cell faced the main appellplatz, or roll call area, and while forced to stand all day long, he would preach to the prisoners outside. He was well-remembered by many prisoners for exhibiting personal courage in the face of the SS and refusing to back down from his beliefs. Even though forced to stand in one place all day in a freezing cell he would preach to the prisoners outside his area.
He is remembered by one Jewish prisoner in 1938 as follows: ‘In the afternoon, when we were once again standing there, freezing, in rank and file, we experienced something very special.  The roll call officer obviously a Saxon, had growled out the order ‘Silence, absolute silence’ when a long, woeful voice emerged from within the building which contained the solitary bunkers.  The words of the Sermon on the Mount rang out loud and clear: ‘Blessed are they which are persecuted for righteousness’ sake.’
On July 18, 1939 he died after being tortured to death in the infirmary.
Henry never mentioned Paul Schneider, and indeed arrived at camp 3 1/2 years later. However when touring the camp there is a permanent memorial to him as one of the most famous, and revered prisoners who died there.
Primary Source – Buchenwald Concentration Camp.

Photos taken October 2013.  Top photo is of interior detention cell honoring Pastor Schneider. Bottom photo is of the main building facing the roll call area. In the middle is the main gate (Jedem Das Seine) that prisoners entered through; to the right is the row of detention cells; Schneider’s was the closest to the gate. I use this photo to show that everyone stood for roll call in this muddy area. As historical trivia – the clock at the top remains at 3:15; that is the time the Americans reached Buchenwald and liberated the camp.