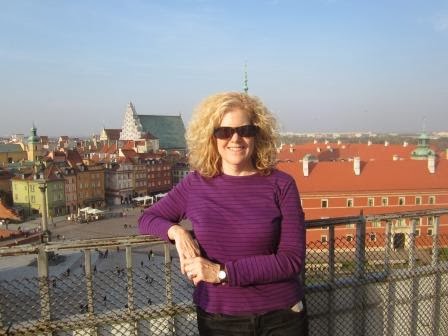 Today Krakow and Warsaw are very easy to visit if you speak English – it is the common second language of most visitors from other countries, and every museum has dual signage in Polish and English.  A visit to Poland now, versus ten years ago, offers so much more to experience.

Traveling in the fall has been pleasant in terms of fewer tourists and cooler weather; however especially in Warsaw every museum is packed full of school groups on field trip. Take your pick – crowds of tourists in the summer or crowds of students in the fall.

Ten years ago none of the museums we visited existed (Chopin did but not in its current high-tech state.) The Warsaw Rising Museum opened in 2004; the second half opened in 2006.  In 2010 the Copernicus Science Center opened, as well as the refurbished Fryderyk Chopin Museum.  In November 2011 the new National Stadium opened in time to co-host the 2012 UEFA European Football Championship with the Ukraine. A new modern Museum on History of Polish Jews is built and will open soon (not sure of the date.)
We spent the morning at the Warsaw Rising Museum – which is perhaps the best museum I’ve ever been in – par with any Smithsonian branch in DC.  You do need an interest in history, which I have and four hours there went quickly; we could easily have stayed longer. 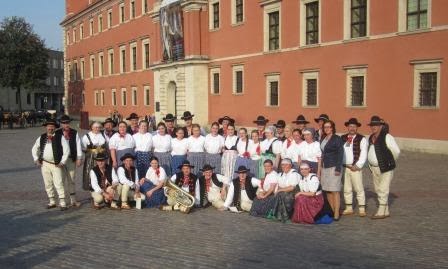 To appreciate the Warsaw of today, consider that at the beginning of WWII, there were 1.3 million people living in Warsaw.  The city was destroyed four times by the Germans (while the Germans systematically stole anything of value and shipped it back to Germany):  1) initially, 2) after the Warsaw Ghetto uprising, 3) after the Warsaw uprising, and 4) the systematic destruction of Warsaw by Hitler before the end of the war. Eighty-five percent of buildings and all cultural centers, libraries, archives or Polish icons were destroyed.  There were 1,000 people left in Warsaw by the end of the war. The numbers are staggering.  The after effects of communism from 1945 – 1989 is a whole other challenge Warsaw faced.
Today approximately 2 million people, depending on who you ask, call Warsaw home.
We visited ‘Old Town’ in th 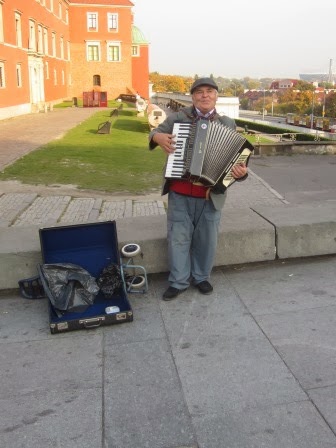 e afternoon as a regular tourist stop.   Poles date buildings to their original dates, even though virtually everything is reconstructed.  If ‘Old Town’ has a touch of Disneyland, you have to respect the spirit and efforts of Poles to recreate their national treasures.  I climbed a tower in Old Town and got a great view of Warsaw.  On one side Old Warsaw; on the other new.  So I will just share images of both. The basket-like image is the National Stadium.  The wavy glass roof tops a new five-story modern mall. Also spotted on the way back to the hotel – a Ferrari dealership on the ground floor of former communist headquarters. 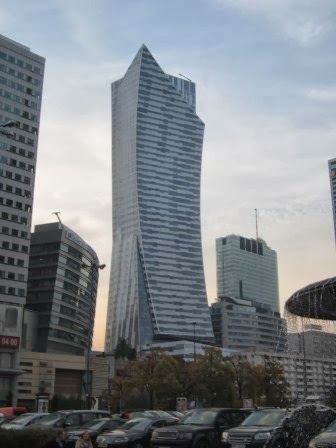 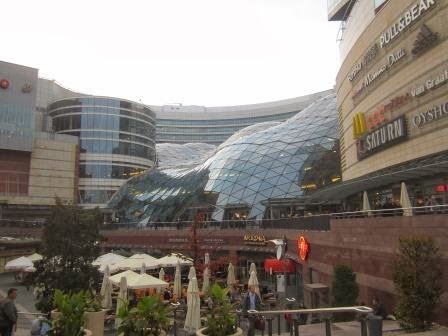 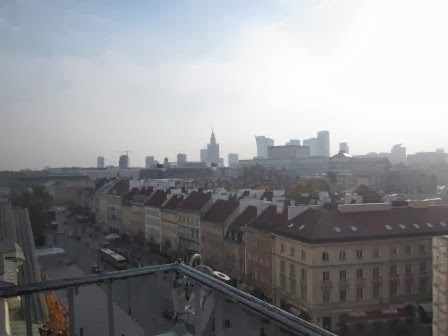 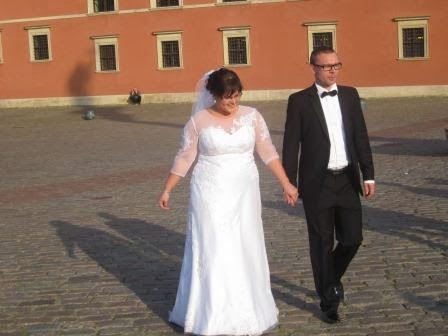 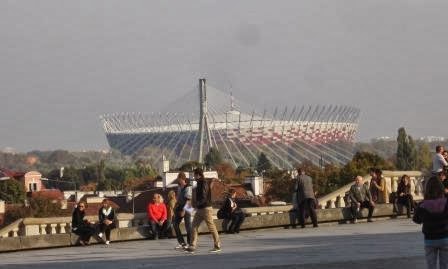