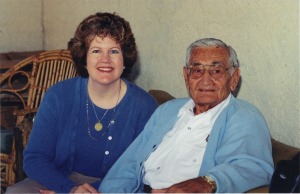 I am happy to announce that as of May 2017 I have signed with Köehler Books of Virginia Beach, Virginia as publisher of my forthcoming book: Henry: A Polish Swimmer’s True Story of Friendship from Auschwitz to America. Publisher John Köehler has caught the passion for this project and remains committed to putting out the best book possible. 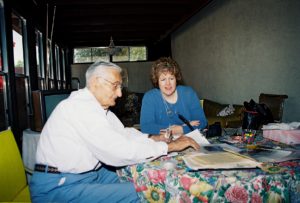 A scene from interviewing Henry Zguda in 2003. To Henry’s right lay original documents on Auschwitz stationery that he shared with me and will be included in the book.

For those who have followed me for some time, you know the thousands of hours I’ve invested in telling this story that came to me by chance nearly fifteen years ago, and that I followed by instinct, even at times letting the project lay dormant for several years as life, well, intervened. I only knew Henry Zguda for one year. I met him in November 2002 when he was 85 years old, and he passed away a year later. Though others had asked to write his story through the years, he only said yes to me. Imagine finding myself entrusted with a man’s story – if I don’t tell it, it will be lost.

Am I excited? You bet. Please keep reading, and spread the word to sign up for the email list and follow me on Facebook at Read Katrina Shawver. Target publication is late 2017. Yes, this is the year of the book, and it will be available in hardback, paperback and ebook formats.

Per aspera ad astra. Through hardship to the stars 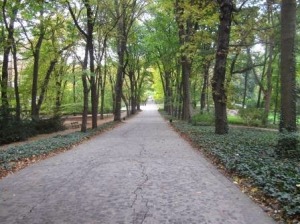 You’ll have a chance to participate by voting on book covers, and a few readers may even get a sneak peek prior to publication. A book trailer with Henry’s voice is under production. Stay tuned for more news.